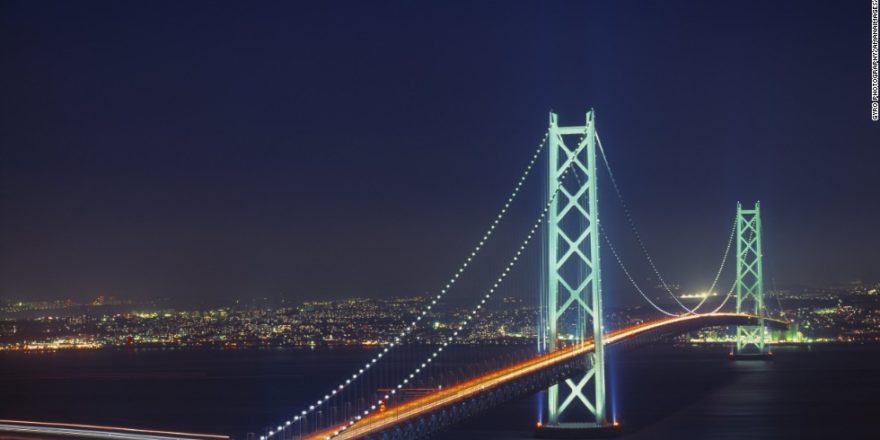 What are The World’s Best Bridges to Drive?

As far as feats of engineering go, it’s a pretty safe bet that everyone loves a well-made bridge. There are arched bridges, beamed bridges, cantilever bridges, suspension bridges and many, many more besides. Tragic stories of those that lost their lives during their construction imbue them with even greater mystery, evocative, as they so often are, of older, different times. Our most revered bridges are indeed monuments, in every sense of the word, to man’s ingenuity, the panoramas that they so gracefully span, to time itself.

Whether you’re hitching a lift, taking a dream car, show plates still fixed, for a spin, or just playing Grand Theft Auto, these are bridges you really need to experience to believe:

Oh yeah, and the other thing about bridges? They’re really scary sometimes. The Sidu River Bridge in Badong County of the Hubei Province of China is, at 500m above the bottom of the gorge that it so spectacularly traverses, the highest bridge on the planet. To drive it is to, quite literally, drive amongst the clouds. It is so big and long, that engineers had to employ rocket technology in order to help build it. Scary it is, but also utterly exhilarating, which is perhaps why the Chinese inhabitants of Badong County apparently say that you can’t be a real man until you’ve walked the bridge, which is a little strange since it only opened in 2009. Times move fast.

This is another scary one. The Millay Viaduct, which crosses the River Tarn in the (appropriately named) Massif Central mountains of southern France, is the tallest bridge in the world. Opened in 2004, the Millau Viaduct was designed by British architect Sir Norman Foster (who also helped design London’s Millennium Bridge – so plenty of practice, then) and France’s Michel Virlogeux. Regarded as one of the very greatest engineering feats of all time, the bridge is at once fearsomely large and elegance personified. It is so far-ranging, that its design and construction had to account for the curvature of the Earth. Not bad for a Sunday drive, then.

Now for a construction that is considerably less nerve-wracking if you’re behind the wheel, not that you would think it from many of the foreshortened images in circulation, that create the effect of it being substantially steeper than it in fact is. Opened in 2004, the Japanese bridge is nevertheless an enormous structure, and is the third biggest rigid-frame bridge in the world. It may not be the most beautiful design (really, it isn’t), and it may not be set amongst the most stunning scenery that the world has to offer, but go drive it and then send the pictures back home – family and friends will be impressed.

Straddled over Tampa Bay in Florida, USA, the Sunshine Skyway is stunning in design, and the longest cable-stayed bridge in the world. Sadly, its beauty is often overshadowed by its sheer height and reputation, infamous as it is for suicides – so much so, in fact, that a number of suicide hotlines are located along its 4-and-a-half-mile construction. It nonetheless remains a spectacular piece of architecture, and a fantastic bridge to drive.