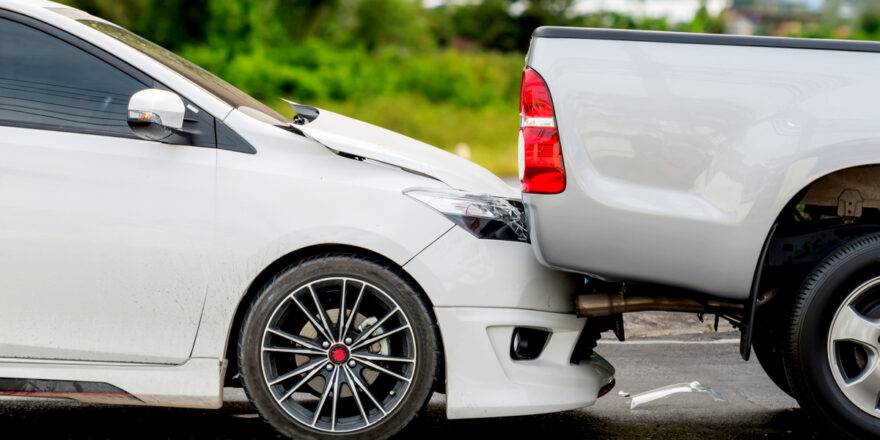 Who is at Fault for Rear-End Car Accidents?

A rear-end crash happens when one vehicle hits the back of another vehicle. Moreover, such accidents can involve multiple cars, which can mostly happen on freeways and highways. In most rear-end car accidents, the blame is usually placed on the car at the back, which rammed into the front one. In fact, some states follow the presumptive law, which generally places the blame on the driver at the back, either for distracted driving or following too closely.

Additionally, the National Highway Traffic Safety Administration (NHTSA) concluded that 87% of rear-end collisions happened because the driver at the back was not paying attention to the traffic in front of them.

However, in some cases, there are multiple at-fault parties in such collisions. Other potentially liable parties in such crashes include the front driver, another vehicle driver, a mechanic, or even a car part manufacturer.

The driver at the back

The drivers at the back must pay attention to weather conditions and follow the traffic rules and road signs while still leaving enough space between their vehicle and the one in front to prevent any crashes.

In most cases, the driver at the back is usually blamed because they can clearly see what is ahead and take the necessary measures to avert a crash. Therefore, if the driver is not paying attention to the traffic ahead, the road conditions, and the weather conditions and rams into the back of another car, they will be held liable.

The front driver usually pays attention to what is happening ahead of them and may not be in a position to avoid the car at the back from hitting his or her car. However, the front driver can be held accountable for the crash by making it impossible for the car at the back to stop in time even when the rear driver is keeping a proper distance and is paying attention to traffic.

For example, if the front driver makes a sudden stop at a location and time that is not foreseeable, if they begin to accelerate and reverse or if their taillights are not working. Moreover, if the driver in the front pulls into traffic via side streets and does not leave ample room for the car at the back to slow down in time to avoid the crash, he or she will be held accountable.

When no one is liable

Believe it or not, there are situations where neither of the drivers is to blame for any crashes because there is nothing either could have done to avoid the crash. For example, if the driver at the back has an unexpected and sudden medical emergency or if he or she has a vehicle that has a manufacturing or design defect that makes it impossible to stop the car in time, they will not be accountable for any damages.

Many parties can be held liable for car crashes and if you have been involved in one and you want to be compensated, you should immediately contact an attorney. Not only will they strengthen your case but will ensure that you get your fair and full compensation.